“Leadership is a journey to a preferred future.” Bill Hybels

Having been blessed by Global Leadership Summit 2018, I thought it would be fun to compile a Top Picks list on my conference experience.

Talk that Rang My Bell the longest- Gary Haugen

At the first GLS in Barbados, the concept of the “ringing the bell” was introduced where if any talk deeply impacted you, you were encouraged to ring the bell as a physical expression of this. There were many talks that resonated with me however, I chose Gary’s talk as it’s certainly the one still ringing the most for me post-summit as each day I’m reminded to be courageous and not let fear destroy my dreams.

This was a hilarious story that Juliet shared about her friend George as a young boy on a family trip to Disneyland.

Joke of the Day (Day 2)- African-American Space by Michael Jr.

Loved this customization of the whitespace concept by Michael Jr. As a comedian, he had me laughing as he shared other jokes in his segment along with a powerful message to discover your punchline.

There are certain experiences you hear or read about that you know will stay with you for the rest of your life. Hearing Immaculee’s story and what she endured as a survivor of the genocide in her country still seems unbelievable to me at times. The fact that she is known worldwide as an advocate for peace and forgiveness speaks to God’s transformative work in her life.

This was close choice, however, I gave Liz’s story the edge as I connected with it and her step of faith into a brand new area. Liz travelled to Uganda alone in her quest to make a difference which resulted in her returning to the USA to sell sandals from her car made by 3 Ugandan women in order to pay for their college education. Her company has become the largest footwear producer in Uganda and continues to enable young women to attend college.

New Concept/Idea to Me-  Marcus Buckingham

Marcus shared statements from his research that all high-performing teams have in common. To realise that these were the key distinctions between low and high performing teams was certainly new to me. As Marcus explained more, breaking them down to “me” and “we” statements, it gave me a new way to look at the teams that I am a part of and how we can seek to improve. Also, his points on performance reviews and ratings was also something that I had not considered in great detail previously so this was another new area for me to ponder.

This was the hardest category to decide on, however, when Sam said this at the conference, it sounded so simple and obvious but it really hit me at the core.

To become someone you have never been, you need to let go of who you have been until now.

Sam spoke about re-inventing yourself and dying at one level to evolve to another. I realised that in a particular situation I’d been trying to hold on to what was, instead of letting go so that I could be free to move up to that next level.

Fredrik’s idea to create a book and notebook in his Idea Book (it includes blank pages for notes) certainly stood out for me as being a voracious reader, I often run into the issue of not having space for notes I would like to add so I then end up with 2 books instead of 1. This book would certainly solve the problem I encounter. Also, creativity is an area I would like to explore some more personally and his book seems to be a great place to start.

This was a difficult choice for me as I enjoyed the various performances but I especially enjoyed the selections by the talented violinist.

From the beginning to the end of her talk, Juliet had me in stitches from her epiphany regarding her communication with her husband to George’s Disneyland story and several other anecdotes woven into her talk on incorporating whitespace into work life and at home.

I enjoyed this clip as I learnt about the interesting concept of quantum entanglement and was challenged to think of love in a different way.

I’m sure I’ll work my way through other tracks but I’ve started with Fearless Leadership as Gary said it best. All the best leadership training in the world can be rendered useless by fear.

GLS is 2 days of the year so that leaves us with 363 days to put into practice and act on what we have learnt. Here’s my plan for my 363:

I have set 3 Major Goals post-GLS which will take most of the year to complete. I hope to share more about these later.

6×6- Bill shared on the 6×6 plan at GLS 2012. I discovered this gem during my 363 following last year’s Summit and I have been using it since then to help me focus and prioritize my life.

I have set 3 Minor goals post-GLS which I have listed below:

Fellow GLS Attendees, what are some of your GLS 2018 Top Picks and how are you living your 363? 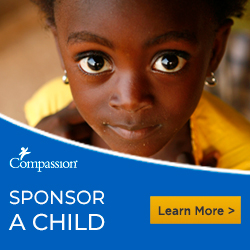